'The Farmer in the Dell' is a singing game, nursery rhyme, and children's song. It probably originated in Germany and was brought to America by immigrants.[1] From there, it spread to many other nations and is popular in a number of languages. It is Roud Folk Song Index number 6306.

Lyrics vary even within the same country. The following is a common version in the United States:

Located in South Kingstown, Rhode Island, The Farmer’s Daughter is an extensive resource for quality plants. We practice sustainable agricultural methods by supporting and maintaining a good balanced soil. The Farmer's Table. 7,595 likes 75 talking about this 1,703 were here. Medina's newest restaurant is a rustic farm to fork in the historic Medina Farmer's Exchange Building! Featuring Local Meats.

One UK variant has 'The nurse takes a dog'; it ends by clapping [patting] the dog.[3]

The rhyme was first recorded in Germany in 1826, as 'Es fuhr ein Bau'r ins Holz'. It was more clearly a courtship game, with a farmer choosing a wife, then selecting a child, maid, and serving man who leaves the maid after kissing her.[1] This was probably taken to America by German immigrants, where it next surfaced in New York City in 1883, in its modern form and using a melody similar to 'A-Hunting We Will Go'.[1] From there, it seems to have been adopted throughout the United States, Canada (noted from 1893), the Netherlands (1894), and Great Britain; it is first found in Scotland in 1898 and England from 1909. In the early twentieth century, it was evident in France ('Le fermier dans son pré'), Sweden ('En bonde i vår by'), Australia, and South Africa.[1]

Like most children's songs, there are geographic variations. In the United Kingdom, the first line is frequently changed to 'The Farmer's in his den'. The rhyme progresses through the farmer being in the dell or his den, his desire for a wife, hers for a child, its for a nurse, a dog, then a bone, and ending in: 'we all pat the bone'. Every player then pats the one picked as the bone.[1] The 'Hi-Ho, the derry-o' lyric is variously replaced with, 'Ee-i, tiddly-i', in London, 'Ee-i, adio', 'Ee-i, andio,', 'Ee-i, en-gee-oh' or 'Ee-i, entio', in Northern England, and 'Ee-i, ee-i', in the West Country.[1]

The Romanian language version is 'Țăranul e pe câmp' ('The farmer is on the field'), but the 'Hey-o' is replaced with 'Ura, drăguţa mea' ('Hooray, my sweetheart'), and the last verses are: 'the child has a nurse, the nurse has a cat, the cat catches a mouse, the mouse eats a cheese, the cheese is in a cask, the cask is in the garbage, the farmer to choose.'

The players form a circle, holding hands while singing the first verse and moving around the player in the middle, who is designated as the farmer. When the verse is over they stop, and the farmer makes his choice of a wife (sometimes without looking). The wife joins him in the center for her verse, and this pattern is repeated through the verses until either the cheese or dog is selected, or only one person is left to become the last character, who usually becomes the farmer for the next round.[1]

A Super Bowl advertisement for Ram Trucks featuring excerpts from a Carter-era address to the Future Farmers of America Convention struck a chord with its religious imagery. 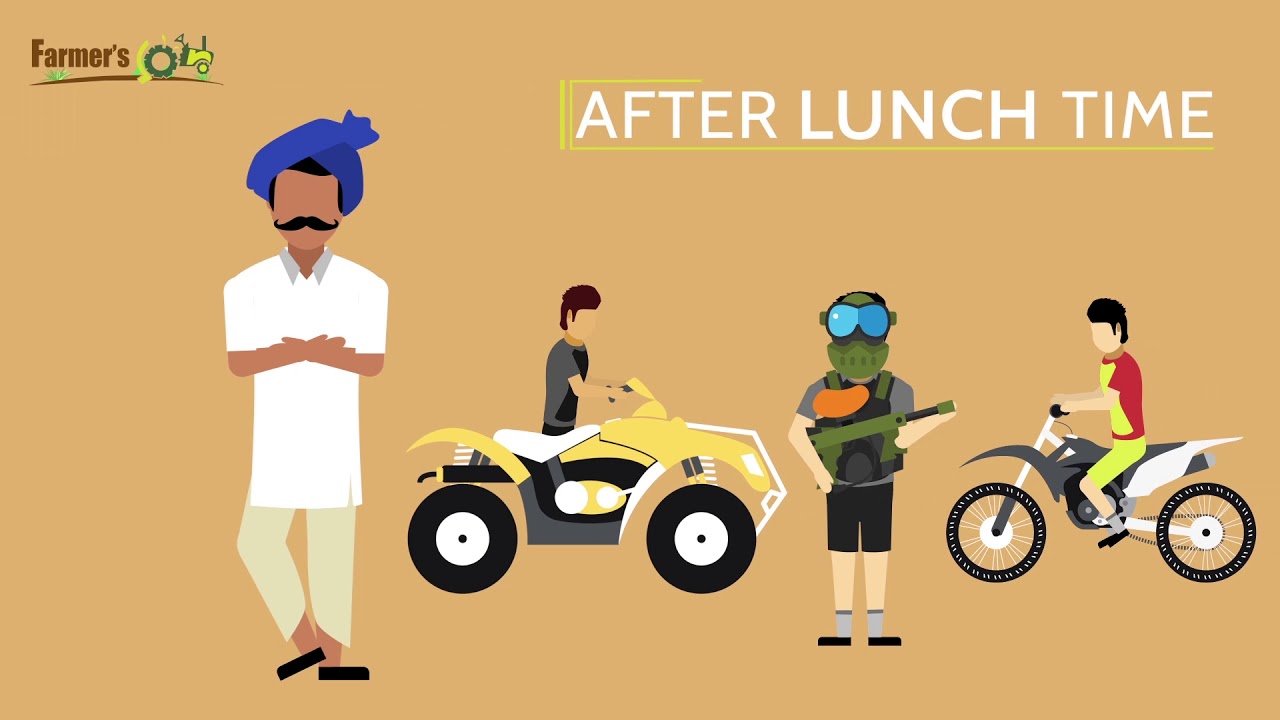 A decades-old speech from a conservative radio broadcaster who passed away in 2009 became a major topic of chatter when it was condensed and delivered as the audio backdrop for a Ram Trucks ad during the second half of the Super Bowl Sunday.

The speech was originally delivered in 1978, smack dab in the middle of the Carter era, and with its folksy timbre and talk of God, Paul Harvey's words stood out amid the stream of ads that ranged from salacious to ridiculous to sentimental on 21st-century CBS.

In his heyday, which lasted from the 1950s through the 1990s, Mr. Harvey's twice-daily soapbox-on-the-air was one of the most popular programs on radio. Audiences of as many as 22 million people tuned in on 1,300 stations to a voice that had been an American institution for as long as most of them could remember.

Like Walter Winchell and Gabriel Heatter before him, he personalized the radio news with his right-wing opinions, but laced them with his own trademarks: a hypnotic timbre, extended pauses for effect, heart-warming tales of average Americans and folksy observations that evoked the heartland, family values and the old-fashioned plain talk one heard around the dinner table on Sunday.

'Hello, Americans,' he barked. 'This is Paul Harvey! Stand byyy for Newwws!'

He railed against welfare cheats and defended the death penalty. He worried about the national debt, big government, bureaucrats who lacked common sense, permissive parents, leftist radicals and America succumbing to moral decay. He championed rugged individualism, love of God and country, and the fundamental decency of ordinary people.

Here's the text of his speech, made newly famous during the Super Bowl:

And on the 8th day, God looked down on his planned paradise and said, 'I need a caretaker.' So God made a farmer.

God said, 'I need somebody willing to get up before dawn, milk cows, work all day in the fields, milk cows again, eat supper and then go to town and stay past midnight at a meeting of the school board.' So God made a farmer.

'I need somebody with arms strong enough to rustle a calf and yet gentle enough to deliver his own grandchild. Somebody to call hogs, tame cantankerous machinery, come home hungry, have to wait lunch until his wife's done feeding visiting ladies and tell the ladies to be sure and come back real soon -- and mean it.' So God made a farmer.

God said, 'I need somebody willing to sit up all night with a newborn colt. And watch it die. Then dry his eyes and say, 'Maybe next year.' I need somebody who can shape an ax handle from a persimmon sprout, shoe a horse with a hunk of car tire, who can make harness out of haywire, feed sacks and shoe scraps. And who, planting time and harvest season, will finish his forty-hour week by Tuesday noon, then, pain'n from 'tractor back,' put in another seventy-two hours.' So God made a farmer.

God had to have somebody willing to ride the ruts at double speed to get the hay in ahead of the rain clouds and yet stop in mid-field and race to help when he sees the first smoke from a neighbor's place. So God made a farmer.

God said, 'I need somebody strong enough to clear trees and heave bails, yet gentle enough to tame lambs and wean pigs and tend the pink-combed pullets, who will stop his mower for an hour to splint the broken leg of a meadow lark. It had to be somebody who'd plow deep and straight and not cut corners. Somebody to seed, weed, feed, breed and rake and disc and plow and plant and tie the fleece and strain the milk and replenish the self-feeder and finish a hard week's work with a five-mile drive to church.

'Somebody who'd bale a family together with the soft strong bonds of sharing, who would laugh and then sigh, and then reply, with smiling eyes, when his son says he wants to spend his life 'doing what dad does.' So God made a farmer. His full delivery of those remarks against a backdrop of images honoring farmers:

And the Ram Trucks ad: